Faculty of Romance and Germanic Languages 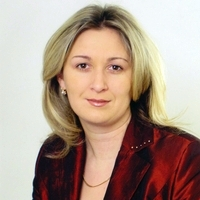 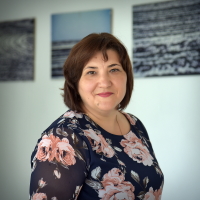 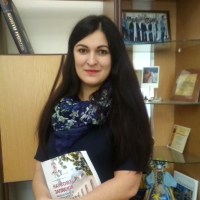 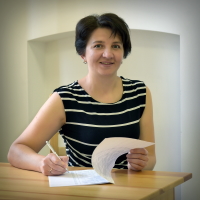 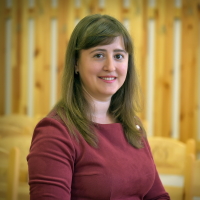 The Faculty of Romance and Germanic Languages was established on January 2, 2001, by order of the Rector of the National University of Ostroh Academy. The Faculty was conferred the 4th level of accreditation on July 30, 2014 (Decree No. 2657л of The Ministry of Education and Science of Ukraine).

The Faculty alumni know the fundamental principles and concepts of the theory and history of the English language and literature, communication theory, philological analysis and text interpretation principles; are familiar with the past, current state, and the prospects for the development of the science of philology; speak fluent English, German/French in their literary form; are aware of and use the basic methods and techniques of different types of oral and written foreign language communication.

Scientific Research Activities of the faculty

The comprehensive research topic of the Department of English Language and Literature - Modern Technologies in Teaching English and Interpretation of the Texts of World Literature, the State registration number is 0120U103937; scientific supervisor – Oksana Yu. Kostiuk, Cand. Sc. (Pedagogics), Associate Professor.

The Comprehensive research topic of the the Department of Indo-European Languages - Applied Linguistic Studies in Terms of Intercultural Communication, the State registration number – 0116U003900; the scientific advisor is Inna V. Kovalchuk, Cand.Sc. (Psychology), Associate Professor.

The Comprehensive research topic of the Department of International Verbal Communication – Specialised English for Non-Linguist Students in Higher Educational Institutions), the State registration number – 0120U105113.

The Comprehensive research topic of the Department of English Philology - Lexical and Phraseological Aspects of Discourse, the State registration number is 0120U105117; the scientific supervisor is Anatolii O. Khudolii, Doctor of Science (Politics), Full Professor.

The Faculty members have vast experience holding regional and international academic conferences and round table meetings. In 2002, the International Summer School, American Studies in Ukraine, was held. For 10 days, 65 instructors from the leading Universities of Ukraine and Eastern Europe and 15 professors from the USA and Europe had been discussing the issues of American Studies. According to leading experts and representatives of the Embassy of the United States, the event was organized at a high level and was quite efficient.

In April 2002, the Nationwide Student Scientific Conference on TESOL was held. The participants of the Conference represented all the regions of Ukraine.

In 2011, the All-Ukrainian Student Scientific and Practical Conference Linguistic and Cultural Aspects of Communication, was held the first time.

The Symposium on Canadian Studies was launched in 2011.

2013 was the starting point of the Annual Canadian Scientific Readings and the All-Ukrainian Scientific and Practical Internet conference, English for Specific Purposes.

In 2015, the first Virtual International Conference Modern Technologies in Teaching English and Interpretation of the Texts of World Literature, was organised.

In September 2018, the faculty hosted the IX Congress of Ukrainian Spaniards.

The faculty cooperates with Ukrainian and foreign higher educational establishments and scientific institutions: