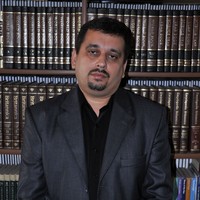 The collection of books is available for students and professors from the department. It consists of more than 10, 000 volumes: 25 periodical editions (from different countries and in languages students are studying), 400 audiotapes (for different language complexes) and 120 video editions (for studying complexes). The Resource Center provides educational literature, methodical literature and fiction on English, German, French, Polish, Italian, Spanish, Turkish and other languages. Students and professors also have the chance to go watch films in their original languages on satellite television at the video hall four times a week.